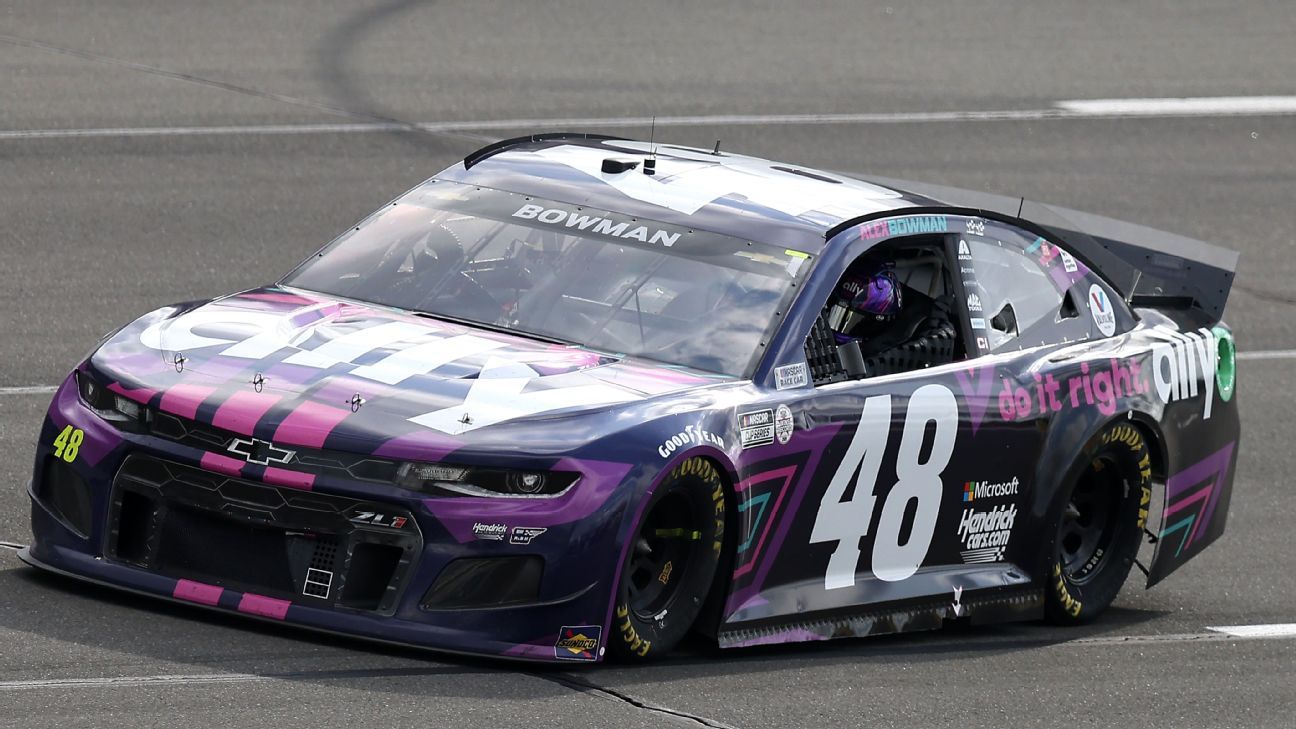 LONG POND, Pa. — Alex Bowman made it six straight wins for Hendrick Motorsports, when teammate Kyle Larson’s Chevrolet blew a tire on the final lap, and he took the checkered flag Saturday at Pocono Raceway for his third Cup win of the season.

Larson had won three straight Cup races and was in prime position to take this one at Pocono when he passed Bowman with three laps left in the race. Larson was maybe a mile away from becoming the first driver since former Hendrick driver Jimmie Johnson in 2007 to win four consecutive Cup races. Instead, a blown left front tire on the last corner of the last lap knocked Larson out of contention and Bowman stunningly made the most of his second chance.

Bowman, who recently signed a two-year contract extension at Hendrick, took his turn to keep the team’s hot streak alive.

Larson said he might have run over debris to cause the tire issue. Bowman was in the right spot to take advantage and win for the third time in his last 10 races.

Bowman started the streak in May at Dover and Chase Elliott followed the next week at Texas. Larson then ripped off three straight points victories _ and the $1 million All-Star race for four wins, total _ all while Hendrick Motorsports became the winningest organization in NASCAR history. All eyes were on Larson as he tried to match Johnson for the longest winning streak this century.

Hendrick has nine wins overall this season and tied its team record for consecutive wins set in 2007.

Bowman won the first of two Cup races this weekend at Pocono.

“Disbelief, still,” Larson said. “Hate that we didn’t get another win. It would have been cool to win five in a row. I felt something in the middle of the tunnel. I wasn’t sure what it was yet. It finally kind of shredded halfway through that little short shoot there.”

John Hunter Nemechek won the Truck race earlier Saturday to kick off a packed Pocono schedule. The Xfinity Series races Sunday followed by the second Cup race. Pocono the site of the only NASCAR doubleheader this season (325 miles Saturday; 350 Sunday).

NASCAR will invert the order of the top-20 finishers for the start of Sunday’s race. Chris Buescher starts on the pole. The bottom 18 finishers will start in the same spot.

Bowman is in his sixth full season of Cup racing and his fourth with Hendrick. He never had more than one win in a season. He wasted little time in the No. 48 Chevrolet validating Hendrick’s decision to extend his deal for another two seasons.

Larson starts Sunday in a backup car and will drop to the rear of the field. He’s scheduled to visit with students from the Urban Youth Racing School, the Philly-based program that creates opportunities in racing for minorities and extended an olive branch last year to Larson when he was suspended for using a racial slur while racing online in April 2020.