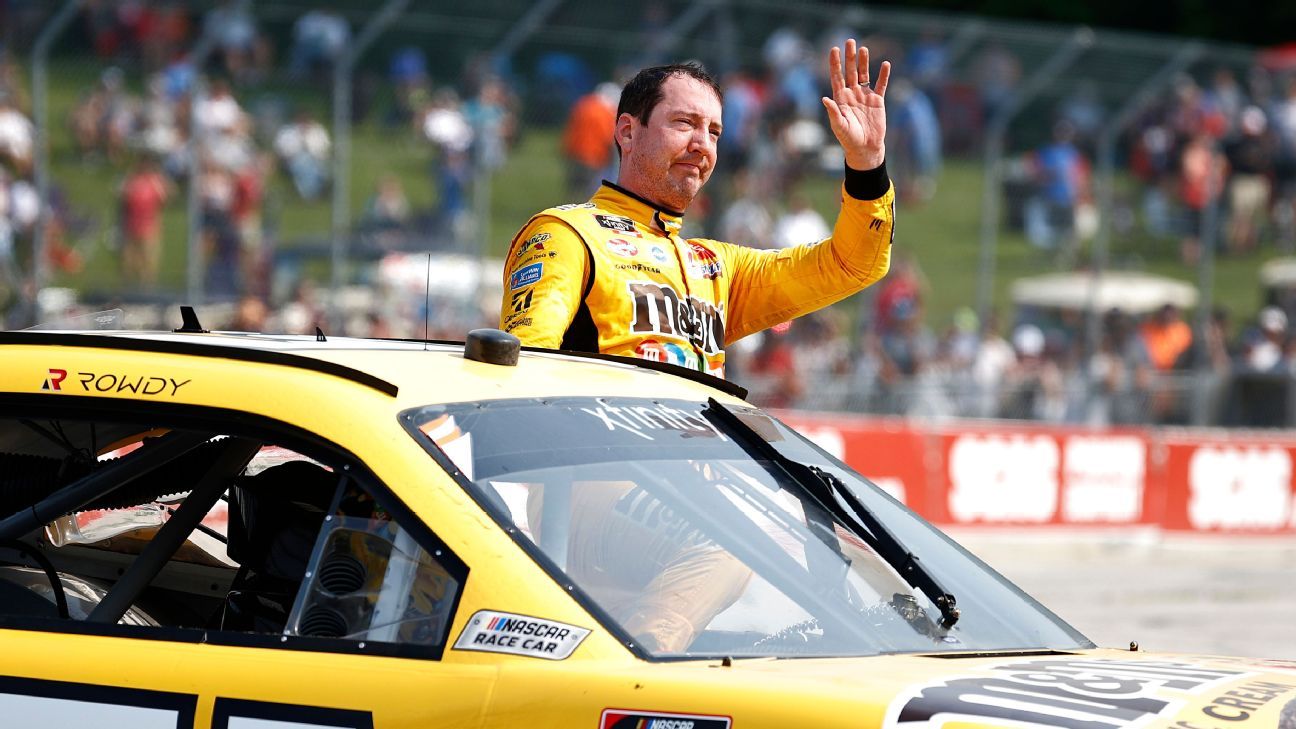 After spinning off course twice, Busch rallied in the final stage and led the final five laps in the No. 18 Joe Gibbs Racing Toyota for his fourth victory in four starts this year and 101st in the series.

NASCAR only allows Cup Series drivers to compete in five Xfinity and five Truck Series races a year. Busch is scheduled to enter his final Xfinity event of the season next week at Atlanta.

Busch edged teammate Daniel Hemric by 3.522 seconds, with Michael Annett third, AJ Allmendinger fourth and Gibbs driver and Harrison Burton fifth. Road America has had a different winner in each of its 12 Xfinity events.

Allmendinger won the first two stages, giving up the lead when Busch went past him on the right in the closing laps.

Austin Cindric, the 2020 winner on the 4.048-mile course, led Saturday, but his Ford suffered damage in a wreck that began when Myatt Snider spun off course coming out of a restart. Cindric ended up in eighth.

This Xfinity Series race capped an eventful day for Busch.

Although he had the second-fastest time in practice for the Cup race Sunday, Busch crashed his Toyota and will have to use a backup car Sunday. That means he will start Sunday’s race in the back of the pack.