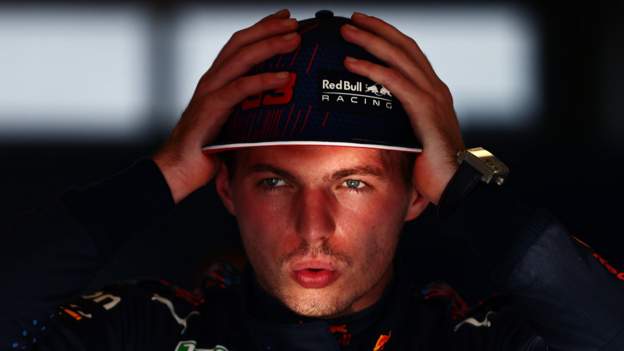 A little over 24 hours before he set pole position for the United States Grand Prix in one of the best qualifying sessions of this gripping Formula 1 season, Max Verstappen was a worried man.

His Red Bull team arrived in Austin as aware as everyone else in F1 that Mercedes appeared to be on a bit of a roll.

However you looked at it – basic results, performance trends on analytics graphs, and so on – Mercedes were the form team. And the Circuit of the Americas has long been a happy hunting ground for Verstappen’s title rival Lewis Hamilton, who has won five of the eight races held on this marvellous circuit close to a wonderful, vibrant city.

So when the two Mercedes cars set the pace in first practice in Texas, nearly a second clear of Verstappen, the world championship leader feared the worst.

“After P1,” he said, “I was thinking: ‘That’s quite a big gap.’ But we improved slowly and today we were able to jump ahead. It’s a great effort from the team.”

Hamilton, for his part, had seen his car’s performance go backwards, and he admitted he was a little perplexed by it.

“I don’t know,” he said. “It started off good, and then bit by bit they have got faster and I don’t know if we’ve got slower but it has been a real struggle with the car compared to normally when we’re here.”

Why are Red Bull quickest again?

What explained this about-turn in form? Neither man seemed sure. But might it have something to do with the unusually high temperatures F1 is experiencing in Austin this weekend – 30C is a good bit warmer than it has ever been for this race, always held in October or November – and the combination of those with an unusually abrasive circuit?

This is putting the tyres through the mill, to such an extent that this is looking like teams will need two pit stops for fresh tyres to make it though the race.

The ‘soft’ tyre is pretty much useless for a long run – Carlos Sainz, who starts on it in fifth place after a Ferrari strategy ploy backfired, joked that he would benefit from its extra initial grip “for about 10 metres; after one corner you want to be on the medium” – and even the medium is being worked hard over the bumps and around the demanding mix of corners at Cota.

The high ambient temperatures make that worse. The ‘hard’ tyre has barely been used by anyone so far – but only because it is expected to feature heavily in the race.

On top of this, Red Bull have clearly been working hard to find more pace in their car. The last race in Turkey, where Verstappen was out-paced by Mercedes number two Valtteri Bottas, despite it being held in wet conditions in which the Dutchman normally excels, was a bit of a wake-up call.

“In Turkey we weren’t entirely happy with the performance there,” Verstappen said, “but it’s quite a different track. But also the tyres are the things touching the ground and they have had a lot of different behaviours through the year and if you can find a bit more they can make a difference.”

It had, Verstappen said, been an unexpected result.

“Maybe a tiny bit surprised,” he said, “but you can see it swinging a bit through the season. I’m happy to see it’s still doing that, [but] the race will be a different story.”

“Part of it is probably overheating the tyres which is affecting I’m sure everyone,” he said. “But it’s been a real challenge.”

And Mercedes F1 boss Toto Wolff – while saying the team had not yet worked out why they had lost relative pace from Friday to Saturday but admitting they had not “met our expectations” – threw another issue into the mix; the severe bumps on the track.

Before qualifying, Red Bull had to fix cracks in Verstappen’s rear wing caused by these, and Wolff said Mercedes, too, had had to make allowances, and that these had affected performance.

“The car was bottoming out quite heavily,” Wolff said, “and that breaks the car and we took some mitigating steps to not massacre it that hard to survive the race. Definitely a compromise for going fast around the track, but maybe a necessity to finish.”

It sets up an intriguing race between the two men who have dominated the season. For various reasons, it’s been a while since they went head-to-head on track, but they certainly will on Sunday.

Verstappen starts the race six points clear of Hamilton in the championship and with team-mate Sergio Perez as a wing-man, while Hamilton is on his own with team-mate Valtteri Bottas down in ninth after Mercedes decided to fit his car with yet another new engine, resulting in a five-place grid penalty.

Inevitably, after the crashes between Verstappen and Hamilton at Silverstone and Monza, they were asked how they would deal with the first corner on Sunday. And equally inevitably, Verstappen expressed frustration at the question.

“Like we always try – as professionals,” he said. “We are not the only ones who have touched in this sport. It happens. We are on the front row and everyone is expecting a great race and that’s what we want.”

Hamilton said: “This is one of the best races of the year and it’s simply because of that city and the crowd we get here. The Americans and the Mexicans who come over, there’s a real crazy buzz as soon as you arrive at the circuit. I hope we can give them a good race.”

At the race, it feels almost back to normal

About the atmosphere in Austin this year, Hamilton is spot on. This is a truly great city. Downtown and its environs buzz with a vibrant night life, with live music and a plethora of restaurant choices at its centre.

The track, too, is special. People flock from all over the US to come here – particularly the road-racing heartlands of the east and west coasts – as well as from nearby Mexico, a few hundred miles away on the other side of the Rio Grande.

But this year, despite or perhaps because of the pandemic, everything seems to have ramped up a notch.

The attendance at the race is spectacular – 120,000 spectators on both Friday and Saturday, with 140,000 expected for race day on Sunday – and Austin seems busier than ever. Restaurant bookings are at a premium. And at the track, it almost feels like races used to before Covid turned the world upside down.

The paddock is the busiest it has been since the start of the pandemic. The fact some of the Covid protocols have been eased this weekend – with media now allowed into teams’ headquarters for the first time, albeit under heavy restrictions – has played a part. But it’s definitely not just that, and it’s interesting to ponder whether things would feel the same had that happened elsewhere.

The busy-ness of the paddock is a lot of it, and that’s a result of the teams having many more guests than at any time since Covid hit.

The race being where it is, there is a discomforting aspect to this in some respects. Masks are meant to be mandatory in the paddock, but while F1 personnel religiously stick to that rule, the same cannot be said for many of the guests. And it’s the same in the city. Texas’ governor is an opponent of masks and those who wear them in Austin are in the minority.

Whatever, the buzzy atmosphere in the paddock means F1’s favourite past-time – gossip and rumour-mongering – are back with a vengeance.

This weekend it has centred on a number of things.

One is the future of this race. Austin does not have a contract, but it will please many to hear that it looks poised to secure its place on the calendar for the long term, despite the arrival of a new US race next year in Miami, and the pursuit of another in Las Vegas.

Sealing the deal in Vegas will not be easy – F1 wants the track to include the famous Strip; the all-powerful casinos object – but even if it comes off, the plan is for Austin to be one of three, not to be discarded.

Then there are the chances of a takeover of the Alfa Romeo/Sauber team by the US-based Andretti racing organisation – this had looked on the cards a few weeks ago, but looks considerably more distant now, so goes the word on the street.

Another issue is recent and potential management changes at Aston Martin, where former McLaren boss Martin Whitmarsh is attending his first race in his new role as CEO of newly established parent company Aston Martin Performance Technologies, and where the future of team principal Otmar Szafnauer is under the spotlight; and at Alpine, where racing director Davide Brivio, who only arrived at the start of this year, is in the same position.

And then there is the future of F1’s new ‘sprint’ format, of which three have been held this year, moving qualifying to Friday and holding a one-third distance race on Saturday to set the grid for the grand prix.

It was agreed by bosses last week that there would be more of these events in 2022 – up to six from three this year. And there are ongoing discussions around a format change.

There seems a developing agreement that it was a mistake to award pole position to the winner of the ‘sprint’ race – that it would be better to give it to the fastest man in qualifying as usual.

But more far-reaching is a sense that the ‘sprint’ should be kept completely separate from the main event.

Senior sources have told BBC Sport that the majority of teams back a move to award more points for the sprint, and to start it with a grid set in reverse championship order.

Qualifying – still to be held on Friday – would set the grid for the grand prix, which satisfies the purist instincts of many in F1. And the ‘sprint’ could fully achieve its raison d’être – to provide more entertainment, which the two held so far this year have not, tending to be processions with little racing.

Although sources say a majority of teams agree to this, not all do, so it may be too late to achieve this for next year. But talks on this subject – with the level of the budget cap for 2022 also part of the negotiations – are ongoing and it certainly seems to be the direction of travel for now.